He starts by plunging his knife into the lush green lawn and cutting out a perfect circle. Afterwards he makes himself comfortable on the camp chair, baits the hook, then lowers the line into the freshly created hole.

The strange thing isn’t that he’s fishing in a field – it’s that he keeps catching fish. Time after time he feels the tug on the nylon, flicks his wrist upwards to ensure that they’re snagged, then carefully reels them in – one after the other. As they get close to the surface he sees wriggling disturbing the earth. Usually they pull straight through, sending a cloud of brown dust into the air. Only one of his catches causes him problems by getting tangled on a root, forcing him to plunge his hand into the soft, cold dirt to free it.

They’re not normal fish, of course – with the exception of the one shimmering mackerel that sparkles against the muted tones of the others. It immediately gets thrown back. When the man looks in the nearly full bucket he sees a teeming mass of writhing shapes; mossy skin instead of scales, tommy ruff that look hard as a rock, trevally sporting tufts of grass along their fins. They’re not slowing down; if anything they seem stronger for having been freed from the ground, their mouths greedily sucking in air that isn’t tinted with dirt.

The man picks one up and it squirms at the exact wrong moment, dropping to the ground and exploding in a cloud of dust that makes him wheeze.

Surrounding him is a pockmarked landscape – scars of all the circles he’s cut before. The routine runs through his mind. Pick up the bucket. Place it in the wagon. Cycle to the market. Lay out his catch.

He started with a cart. Then a wagon. Then a permanent stall – the biggest in the market. He started with a plastic casing. Then glass. He needs to cover his wares because a strong gust of wind will turn everything to dust.

The fish are rare so his prices are high. None of his buyers ever say that their meal tastes like dirt – instead they browse the other stalls for flavours and textures, citrus and sauces to accompany the catch of the day.

One restaurant specialises in a copyrighted technique – they bring out the delicacy in a small tank accompanied by a chef in a golden hat and a drummer. The fish is alive, propped up on a special stand. Underneath, short sticks of incense burn, the smoky flavour snaking its way through the fish’s flesh. When the drumbeat reaches its climax the chef looms over the tank and produces what looks like a silver fire extinguisher. On the final beat a button is pressed, and the fish is doused in kitchen-grade dry ice before being served out. This meal is only served once a month; it’s listed on the menu as ‘A Taste of Success’.

The man finally tried this dish for the first time last week. After everyone clapped and dipped a spoon into their bowls they all looked at one another and smiled. As the first mouthful hit his tongue, the smile froze. Dirt. Still. He sold his stall the following day.

In the field the fish are calm; they welcome the air. It’s only when the man empties a full canteen over them do they start to panic; they flop erratically, fins waggling, and then start to dissolve. It only takes about thirty seconds. He kicks the side of the bucket gently, to help the water get down to the bottom, then peers in at the greyish liquid that is now gently swirling where the fish once were.

The mug is a little bit rusty but that’s okay. He plunges it into the liquid then drinks thirstily, immediately going back for another. Filling the mug over and over again is taking too long and finally he throws it to one side, picks up the bucket and just pours everything down his throat. As the last drop hits his tongue, the man begins to gasp, thin, clean air suddenly excruciating. He tears at his clothes. He blinks dust and sweats dirt. So he does the only thing that feels right – and plunges feet-first into the hole.

It’s cool and damp and his breathing immediately calms. When he opens his eyes, the world is clay. The silver mackerel bumps his foot, still dazed, but everything else is brown and green and grey and moving slowly. He smiles, an effort because of the friction, and because he can feel his body separating back out into the fish that nourished him. He feels a flicker of a fin against the inside of his wrist, and there’s a pinching at his ankle that feels like the start of a gill. While he still can he reaches a hand – that is beginning to sprout dull, terracotta eyes – up, out and across into the thin world, and pulls the circle of grass back over their head.

He, they, spend perhaps an hour, a week, a year swimming through the soft dirt, learning to navigate around errant roots, to push through clumps of clay, to find ways around the tunnels of worms so as to not damage their carefully crafted tunnels of home.

Every so often he, they, see the mackerel and dart towards it, but it’s always too fast, too clever.

Every so often he, they, see a silver flash that is something else, but learn quickly to swim away from its sharp pull.

Every so often he, they, feel a nick in their flesh, hear a thundering reverberate as someone new plunges a knife into the dirt to cut out a circle. But here, under the ground, they are as their surrounds and wounds heal immediately. Dirt into dirt.

Elizabeth Flux is an award-winning writer and editor whose fiction and nonfiction work has been published widely. In 2019 she was a judge for the Award for an Unpublished Manuscript for the Victorian Premier’s Literary Awards and is a past recipient of a Wheeler Centre Hot Desk Fellowship. 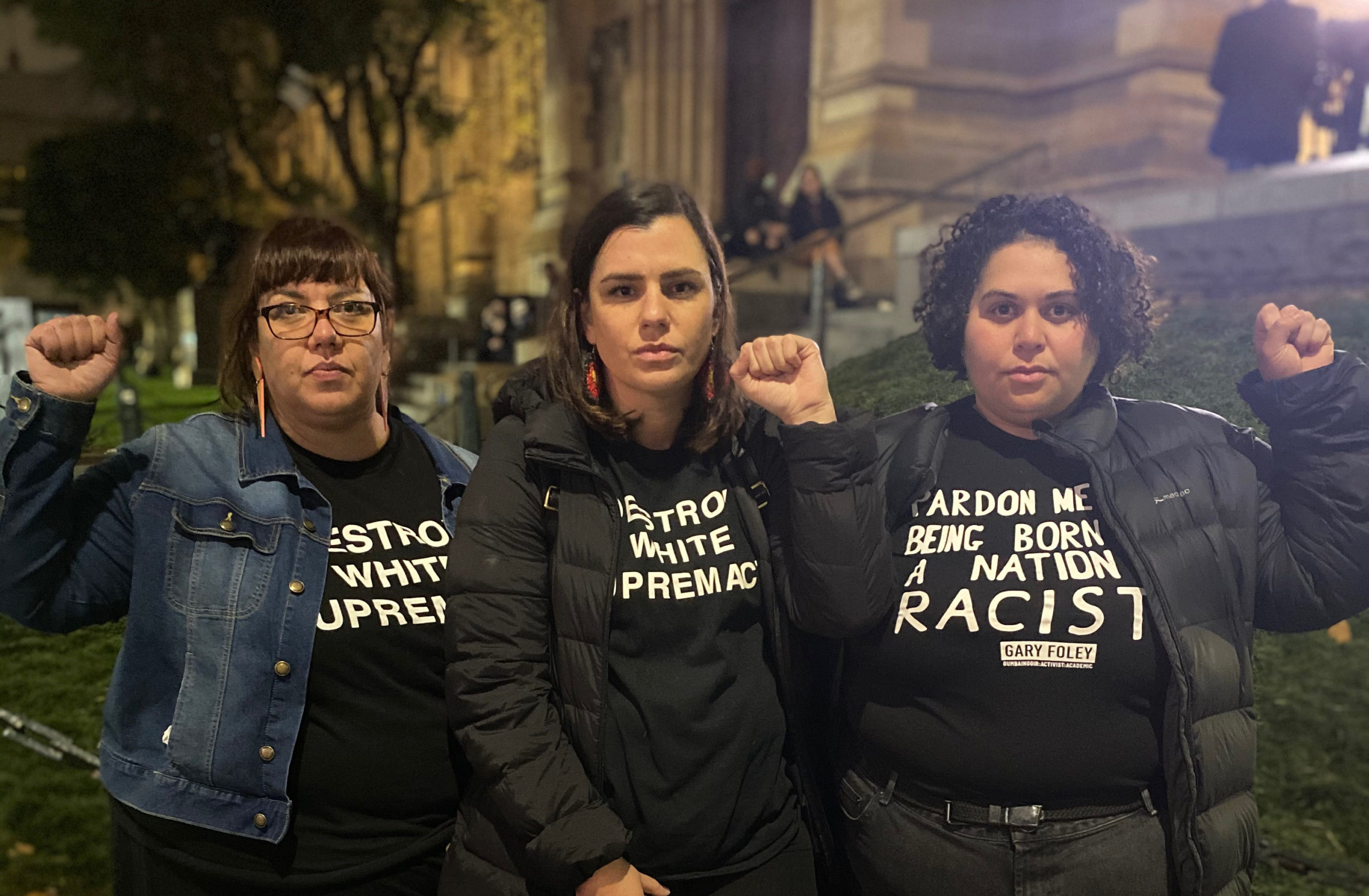 Elizabeth Flux is an award-winning writer and editor whose fiction and nonfiction work has been published widely. In 2019 she was a judge for the Award for an Unpublished Manuscript for the Victorian Premier’s Literary Awards and is a past recipient of a Wheeler Centre Hot Desk Fellowship.