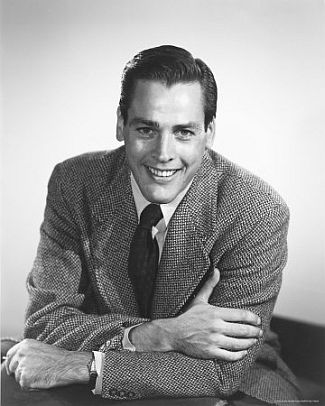 A boy who says his mother isn’t his mother. A woman who says her uncle isn’t her uncle. Yet the mother and the uncle look, act and remember as they are supposed to. So what is it? There is something missing. The person gives every outward indication of being his or her old self and plays the part to perfection, but still there is an unaccountable distance. A lack of feeling. A blunting of affect.

Invasion of the Body Snatchers has been variously interpreted as a cautionary tale on the dangers of Communism or an allegory of the stifling conformity of post-war US society. Neither reading concerns me today, except to the extent they both suggest that the strangely persistent myths about the brash optimism and lack of self-reflection of the American Fifties are not to be credited. This is an era that feared not just nuclear annihilation but also social disgregation, and was well aware of its spectres.

In Body Snatchers, these spectres don’t take the literal form of sinister doppelgangers growing inside of alien pods. It’s what happens after that. It’s the ontological impossibility of telling apart the real human from the copy, because they are identical in every respect except the one thing that cannot be scientifically measured or forensically determined, namely their emotional content. Add to this a detail that is entirely incongruous, plot-wise, but genuinely terrifying: that the copies, once they have come to life, take over not by violent means but as soon as you go to sleep, wherever you may be, as if by telepathic, long-distance osmosis. So that at first you yourself might not know if you had become one of them. 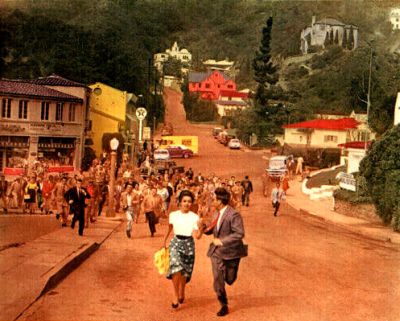 The fictional anywhere of Body Snatchers is located in California, and appears orderly and affluent, but whether or not it would be a happy town were it not for the arrival of the marauding aliens is hard to say. It is possible that the local psychiatrist’s sardonic take is influenced by his having been replaced by the time he observes that

Less than a month ago Santa Mira was like any other town. People had nothing but problems. Then out of the sky came a solution.

If the solution is another society, the inevitable inference is that the problem must have been society itself and how it is structured. The first act of the newly installed citizens is to freeze economic activity and turn their attention towards making room for more of their kind. In this they seem well organised. But, as in Richard Matheson’s I Am Legend (which was published at the same time as the source for Body Snatchers), what is less clear is how the alien/vampire society will operate once the takeover is complete, except insofar as its harmony appears to be founded on feeling the same way about things, and banishing notions such as ‘love, desire, ambition, faith,’ without which, still in the words of the town’s psychiatrist, ‘life is so simple’.

To have only friends, but no enemies. To harbour neither love nor hate. Are these the aspirations of our data selves? Does the impoverished range of responses on the social networks – like, retweet, +1 – tend towards the same end, that is to say further existence and the steady broadening of the networks themselves, irrespective of their content and communicative value? Or, to ask a possibly more useful question: could it be that we have also come to think of these new networks as a solution to the problem that is the social? 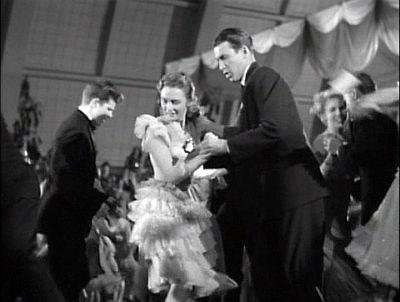 George Bailey and Mary Hatch were tagged in a picture

Were it not for the framing story complete with narration by the male lead imposed on Don Siegel and the production, Body Snatchers would be an even more nihilistic affair, whereas the decade-older It’s a Wonderful Life has been traditionally regarded as an uplifting Christmas story that affirms the capacity of small town America – and, by extension, Christian communities everywhere – to produce positive values and a liveable society. However even if we ‘buy’ the remarkably comprehensive resolution of its celebrated and much-spoofed ending, I would argue that the film is a lot darker than it is generally, although no longer universally, acknowledged.

It is not just that the long section devoted to showing James Stewart’s character in increasingly painful detail what life would be like in Bedford Falls if he had never been born is a true horror film within the film; it’s also the implication that, to the extent that the town survived the Great Depression and the war without complete immiseration or the total collapse of its moral core, it was all down to one man; and that the pressure exerted on this unique citizen, this nigh-superhuman figure of banker with a conscience, was such that he ended up on the brink of bankruptcy and suicide. If it’s a miracle that restores George Bailey to life and solvency, then it is also a most unlikely miracle that he was around – and that he stuck around – in the first place. 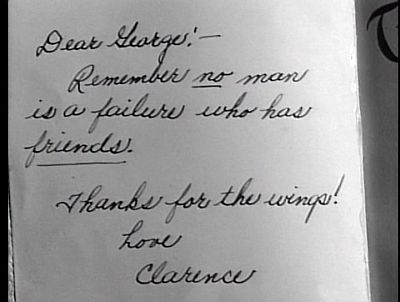 Thus ‘no man is a failure who has friends’, one of the overt moral messages of the film, may adequately describe the parable of the protagonist, but not his broader social context, much less the country’s. George is not just a man who has friends: he is the friend – and son, brother, husband – that everyone else depends upon, the single guarantor of the viability of his social network and, by extension, of society. If every town needs its George Bailey, and if every George Bailey is similarly besieged, then It’s a Wonderful Life can hardly be said to offer a workable model of how communities may survive and progress in an economic system that runs on greed.

Unlike I Am Legend, which is set in Los Angeles, Body Snatchers and It’s a Wonderful Life depict a nation in which the social fabric starts tearing from the smaller towns, where it ought to be stronger, and harbour in this respect the same fundamental pessimism about the present and future prospects of post-war America. But they also map anxieties about social relationships that are less historically specific. Interestingly, memory plays a key role in both scenarios.

In Body Snatchers, the transfer of memory is a key part of the replacement process. Only by demonstrating the necessary, intimate knowledge of the victims’ life story can the invaders succeed in not arising suspicion amongst those who are yet to be replaced. The graduality of the process (‘they replace you atom for atom, cell for cell’) finds echoes in the creation of nowadays’ digital selves, through the uploading of one’s personal archive on the likes of Facebook’s Timeline, a reflexive process in which the subject is encouraged to think of him- or herself as a function of the identity slowly accreting on the screen. In It’s a Wonderful Life the situation is reversed, and the never-born George Bailey is plagued by the memory of things that never happened. He knows everyone in Pottersville (formerly Bedford Falls) but recalling his past experiences with them only increases their suspicion and distrust. They don’t know this man. He’s cut off from the network and lacks the capacity to re-enter it with a new identity.

To know everyone and not be known by anyone: this too finds an equivalent in the asymmetric nature of social media relationships, the unrequited follower, the awkwardly excluded. Marginalisation takes on new codes and forms. At the same time, Body Snatchers invites us to question what is it that constitutes true or at any rate truer identity. Our atoms get periodically replaced in the normal course of our being alive. So what is it that makes these perfect copies less than us? What is it that makes the configuration of their social network a degraded version of ours? Unless what makes them evil is their being other, not-us: Hell as other people. 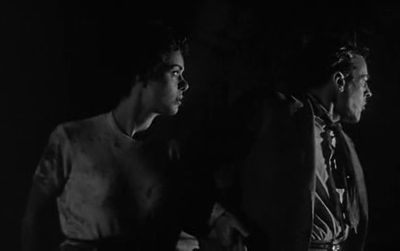 There is that killer line in Body Snatchers about fear of sleep: ‘We might wake up changed.’ And then the two fugitives pause in the hills outside of Santa Mira to listen to a female voice singing in the distance. ‘Miles, I’ve never heard anything so beautiful. It means we’re not the only ones left who know what love is,’ says Becky. ‘Pray that they are as human as they sound,’ is Miles’ reply. But later he returns to their hiding place to find that she has been replaced. The song acted as a lullaby, and she fell briefly into the ill-fated sleep. All it took.

There is poignancy in the cause of that effect, that it might have been beauty and feeling – two flaws of the network, soon to be designed out – that caused Becky’s undoing, but more so in the unexplained mystery of the source of the song, and the odds-on likelihood that it came from them, and that they so quickly learned not just guile but also how to simulate and possibly enjoy the performance of art. And so over fifty years on, instead of its progressively more and more mediocre remakes, Body Snatchers still begs for a sequel and a glimpse into that new society, in the off chance that it may turn out to be a utopia populated by monsters.